This Memorial Day I am focused on the American Civil War. A war between WHITE AMERICANS over justice for BLACK AMERICANS. The entire Civil War was just utterly awful. More than 700,000 American soldiers gave their lives in this war. It is estimated that over 1.5 MILLION Americans (soldiers and civilians) died in the fighting and devastation of the Civil War. I want to focus on these deaths and remember this great sacrifice on this Memorial Day. 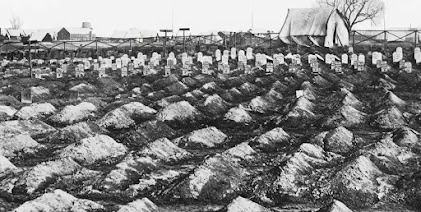 Many want to deny the justice for which Americans fought and died on behalf of the awful mistreatment of BLACK AFRICAN-AMERICANS. The American Civil War was not the end of racism in our country. It was a terribly painful re-set of the ideal notion that America was founded on the principal that ALL MEN ARE CREATED EQUAL in they eyes of our creator God! This war accomplished great things for Black Americans. The people who fought and died paid the ultimate price to start Black Americans on a new path. Much work was left undone. Yet the plight of Black Americans has continued to improve since the Civil War.
Still, there are some who refuse to see the great cost, which was paid in this tragic and dark war. Their denial of the forward strides made in the name of justice, are taking our country back toward those dark days. My prayer is that Americans of all Races would once again unite over the Faith and Values upon which the USA was founded and built. I pray that the truth will be taught to our children and grand children. 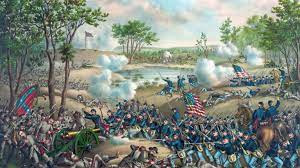 The TRUTH is: Opportunities for ALL Americans, Black and White are greater now than ever. Teach your children about this great blessing. Reach out to your fellow Americans of every color and give them encouragement and help them achieve. Be thankful and grateful for the brave men who have given their precious lives. Take care of the families who have sacrificed their sons and daughters.
And yes, I realize that not every soldier was White. Indeed about 40,000 Black American soldiers perished in the fighting. That is about 5% of the 700, 000 mentioned. Their souls matter as does every soul who has before or since invested their emotions, their pain, their suffering, and who have been mistreated or killed over any racial or cultural battle. All souls matter.
And yes, the battle for justice still goes on. Our Civil War looks different today. The only way for ultimate justice and truth to occur is through our Lord and Savior. We all need to look UP TO HEAVEN in our search for justice and truth. Pray for healing. Pray for unity. Pray for and help our neighbors of all races. Treat each other, regardless of skin color, with respect and dignity as God truly created all equal. Where we go from here is up to us. Will we forget or will we remember.
As for me, I will remember where this country was and how our ancestors have paid with their lives to make this a better place. I believe that God has Blessed America. I believe that God has blessed Americans of all races, colors, creeds. I believe that God has shed his Grace on America. I am thankful that God placed me and my family in this Great Country, The United States of America!
HAPPY MEMORIAL DAY!
******
Although this post has nothing to do with Aeronautics, it is an important topic and is related to events that paved the way for all Americans to enjoy the gift of flight as pilots, engineers, passengers, and enthusiasts.
Posted by Terry Bowden at 11:12 AM No comments: 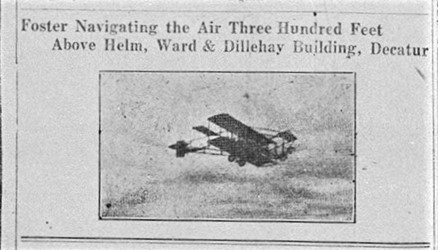 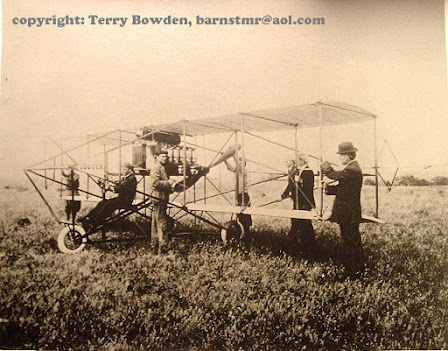 EXTRA!  EXTRA! READ ALL ABOUT IT!! 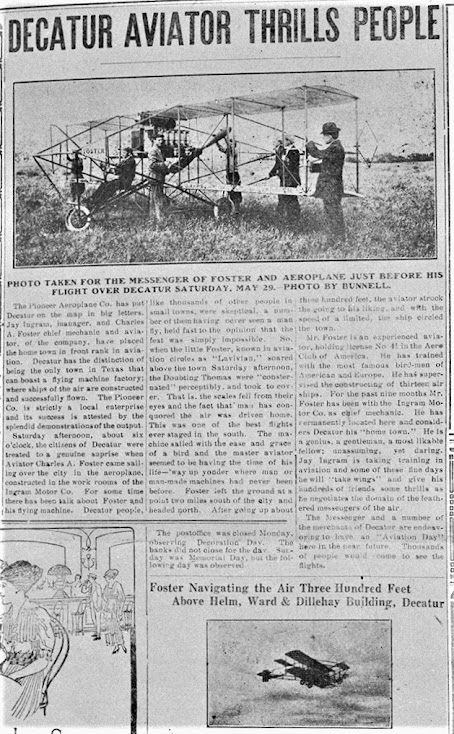 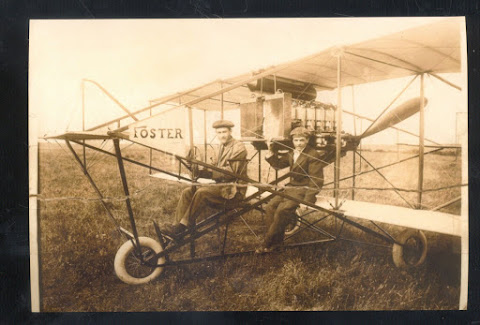 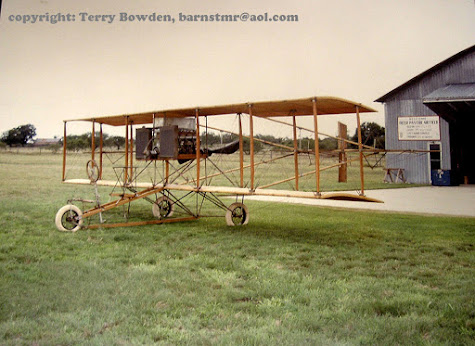 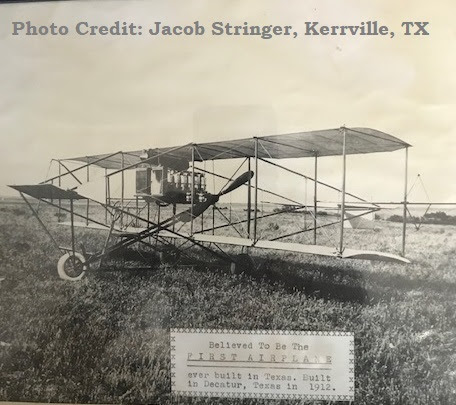 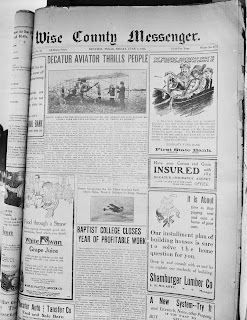 Posted by Terry Bowden at 4:55 PM No comments:

My dad was a genuine aviation history buff.  In addition to the airplane restorations he spent hours on, he collected a fair amount of rare historical photographs.  Several of the earliest photo prints he had in his collection came from a friend Charles "Uncle Charley" Dawson. I enjoy trying to research each photograph to see what stories may lie within.  We have discovered that almost all of them were somehow related to early Aviation in Texas.

Recently I was doing some scanning and here are a few of Dad's Random Photos.. 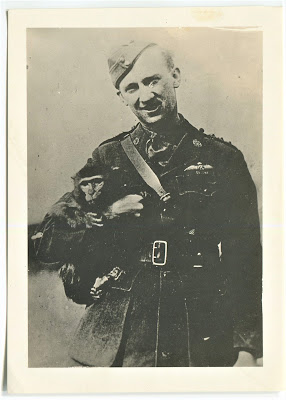 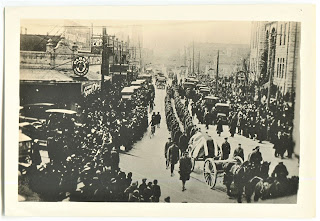 With a little digging around on the internet, I was able to identify this WW1 pilot as Vernon Castle and his pet monkey named Jeffrey.  He was a celebrity in Euorpe with his wife, Irene.  His military time was also somewhat colorful according to this link, which tells of Vernon's Texas connection.  Vernon served as a British Royal Flying Corps (RFC) pilot before being reassigned to Camp Taliaferro in Fort Worth TX in 1917.  Vernon met his maker in a training crash at Benbrook field, on the south side of Fort Worth in 1918. Jeffrey survived the crash.  At first, I had no idea about the funeral photo until I saw some reference to Vernon's procession through Fort worth.  So I realized this photo is his funeral procession through downtown Fort Worth.  The links above are worth the read.

"Another of the Byrd Planes"

Here's an interesting photo.  Maybe someone can identify this man and small daughter named "Linda".  Signage on the entry door says "BYRD ANTARCTIC EXPEDITION (illegible) ESCORT PLANE".  I dug around some on the internet and have not found any links between the Byrd Antarctic Expedition and a Stinson Model U.  What a grand ol' airplane! 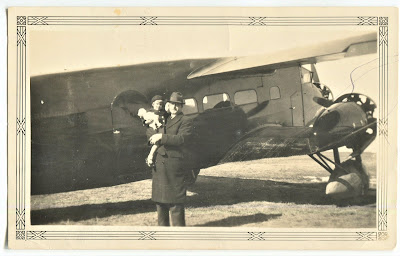 This very nice photo must have been snapped around 1915 or so.  I am not sure where it originated, but it is clearly one of the Glen Martin aircraft model T or TT.  These were used by the US Army Signal Corps in Texas.

From Wikipedia... "The first Martin T acquired, Signal Corps Number 31, was deployed to Texas in April 1915 as the Army massed around Brownsville in response to civil war in Mexico involving forces under Pancho Villa. On April 20, S.C. 31 became the first American military aircraft to be fired on by a hostile force. Although not hit by a machine gun firing at it from the Mexican side of the border, the returning pilot taxied it into a ditch and damaged it beyond repair." 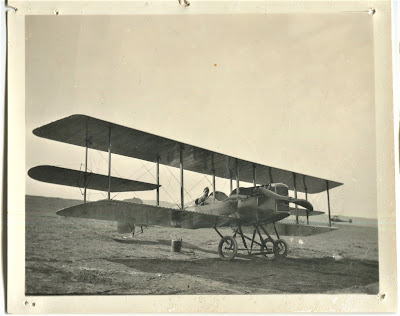 Could this be the one?    Not likely.  In fact the airplane shown is a model TT,  The T was a bit more basic with respect to the radiator and cowling installation.  But the TT was also used in Texas.  If you know anything more about this airplane ans Signal Corps aviation history in Texas, please comment!

This photo was labeled on the back side as "Pat O'Brien".  Maybe there is not Texas connection, but this photo was certainly intriguing.  And the story of this man is also quite amazing. 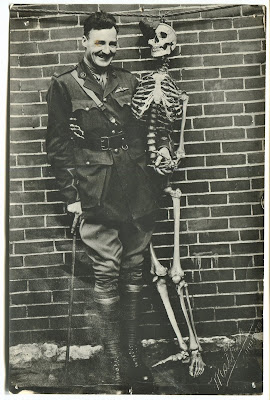 Hailed as a WW1 hero, O'Brien was a POW for a time, but escaped from the German prison camp where he was held.  According to HumanitiesTexas web page, "Lieutenant Pat O'Brien was one of the first Americans to fight in World War I and the first American-born pilot to escape as a prisoner of war during that conflict."

Another webpage from the Daily Journal in Kankakee IL contains this...

"O’Brien learned to fly in 1912 at a field in West Pullman at the south edge of Chicago. Four years later, while living in California, he enlisted in the Aviation Section of the U.S. Army Signal Corps. Since the United States was not yet involved in World War I, O’Brien and his fellow Army pilots flew a seemingly-endless series of training flights.  Determined to fly in combat, O’Brien resigned his Army commission after eight months and crossed the Canadian border to enlist in the Royal Flying Corps. In May 1917, Second Lieutenant Patrick Alva O’Brien arrived in England for additional training. By early August, he was in France with the RFC’s 66 Squadron."

Perhaps ironically, it is presumed that some of his training may have occurred in Fort Worth Texas at the Royal Flying Corps training facility at Tallafero Airfield.  The Texas facility was leased to the Canadians for this purpose due to the preferred climate, more conducive to daily flying.

The photo above was apparently taken after his prison escape.  It is known that O'Brien spent time touring around the united states for speaking engagements until his death in 1920.  This account in the December 1920 Mariposa Gazette explains his tragic end of life... "Los Angela* Lieutenant Pat O'Brien, famous world war aviator, was found dead In a room In a downtown hotel here last week. There waa a bullet wound In the forehead and a revolver nearby. The police said O'Brien had triad to effect a reconciliation with hit wife from whom, tt was said, he had been separated." 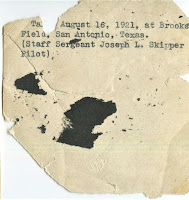 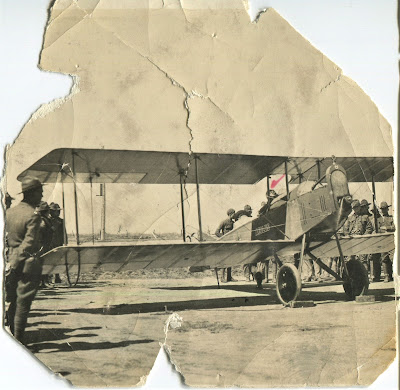 I was unable to turn up any concrete information on Sgt. Skipper or his plane. Can YOU help provide information?

If you enlarge the photo, you can see an eagle on the rudder.  The lettering on the side of the fuselage says "AEOLUS" which is an apparent reference to the Greek God known as the "divine keeper of the winds".  The engine on this airplane is interesting. It appears to be a small in-line, maybe 4 cylinder.  This seems to be a pretty small biplane, similar to a Curtiss J, but smaller.

Miscellaneous Aviation Photos - Texas or not?

Here are some more that were mixed in with the above.  I don't know if these were taken in Texas or not, but my hunch is yes.

I found another copy of this same photograph on this webpage.  They're showing 1918 at Hicks Field (which is near Ft. Worth Texas.  It was likely part of the Royal Flying Corps activities in the area. 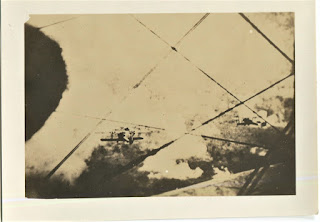 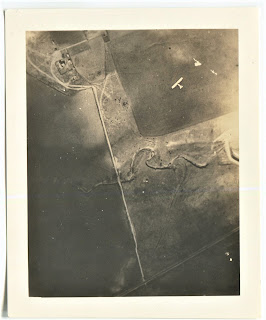 These observation balloons were known to be used by the Army Air Service in Texas - Many were  tethered at the US-Mexican border to watch for border crossings during the Spanish Civil War time.

This webpage names several Texas Airfields where US Border Patrol operations were being conducted.  Some of the aircraft they show are DH 4's around 1919. 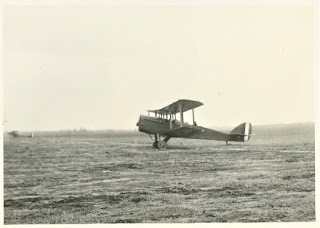 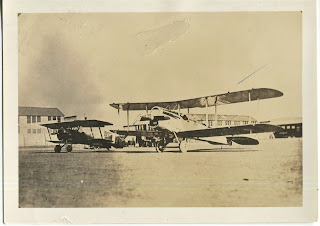 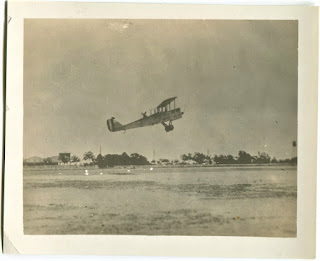 Bible Gateway's Verse of the Day